Birds of a Feather

Whether you were on safari in Africa, walking in your local park at home or just living your every-day life, I’m sure you've spotted some of our magnificent feathered friends. Perhaps you’ve wondered why some are so colourful and others so plain, or why some have long feathers and others short? Well, grab your binoculars and let’s take a closer look at how and why birds have such brilliant colouring.

HOW IS BIRD FEATHER COLOUR FORMED?

A birds feather colour is formed through two methods; pigmentation or schemochromes (structural colour). Often, it is a combination of both methods that produce the colours we see.

This type of colouring is caused by pigments embedded in the feathers of birds. There are three types of pigments: Carotenoids, Melanins and Porphyrines.

Carotenoids are produced by plants and birds acquire them through eating those plants or eating any animal that has consumed the plant. These pigments create the bright yellow or orange colours we see in birds such as with Canaries, Weavers and Yellow Warblers.

Melanins are manufactured by the bird and are small granules of colour in the skin and feathers of birds that can produce a range of colours from black to reddish browns, depending on their concentration.

Porphyrins are found in only a handful of birds and are basically modified amino acids (organic compounds that combine to form proteins). They produce pink, brown, red and green colours and fluoresce bright red upon exposure to UV light. They are found most commonly in Owls and Pigeons. ‍

This type of colouring is a result of the feather structure. The colour of the feathers is produced by the refraction of light by the proteins in the feather. This structural mode of colouring in birds can either be iridescent or non-iridescent. This means that the colour either changes depending on the viewing angle or remains constant regardless of the angle.

Peacocks are an example of a bird with iridescent colouring as they are pigmented brown/ black but appear blue due to structural colouration. Their magnificent display of colours only appears at certain angles, with certain light. Starlings, and more specially the Cape Glossy Starling in South Africa, is another example as its plumage appears dull when in the shade, but shines with radiant blues and purples in brighter light.

With non-iridescent colouring, air pockets in the barbs of feathers (which are microscopic!) scatter the light and create a specific colour that remains constant. For example, blue is almost always created this way. Blue light is more easily reflected than other colours as it has a shorter wave length. This was first observed by John Tyndall in 1869 when he studied particles in the earth’s atmosphere that caused the sky to appear blue, hence the term ‘tyndall blue’ or ‘tyndall scattering’. When it comes to some birds’ feathers, blue is usually selectively scattered because of its shorter wave length. The keratin structures in their feathers have tiny air pockets that reflect back the blue colour while a melanin layer underneath absorbs other wavelengths, intensifying the resulting colour. The plumages of most Kingfishers (specifically of genera Halcyon and Alcedo) are examples of non-iridescent colouring. The structural colouration can be seen in the Malachite Kingfisher,specifically, as their pigments are also brown but their radiant blue colour isapparent regardless of the viewing angle.

Turacos are a rare exception as they create their own special green pigment called turacoverdin. This is one of the only species that synthesize their own green pigment, whereas all other birds create the green colour through a combination of structural colouring and pigmentation, combinging blue reflecting structures in addition to yellow carotenoid pigments, which together produce their green colour.

‍WHY ARE SOME BIRDS DAZZLING AND SOME RATHER PLAIN?

There are several purposes to the colouring of birds feathers.

‍SOMETIMES, COLOUR IS ONLY REVEALED AT CERTAIN TIMES

The plumage of birds can change during their lifetime but it can also through the course of a year. Plumage usually changes from when they are just hatched, to being a juvenile and finally, again when they adopt their basic adult plumage. For most birds, this is the plumage they display for the majority of the year. However, during the breeding season, many birds develop a breeding plumage. This is their brightest and most colourful plumage that they display as they try to attract a mate. For some species, this plumage may be worn for all of spring and summer, and for others, it may only last a few weeks. Once breeding season is over, the birds molt and return to their basic plumage as bright colours might attract predators or rivals unnecessarily.

So it becomes clear that the extraordinary colouring of birds is both practical and aesthetic. To our appreciative eyes though, it seems that it is also a celebration of life and the beauty inherent in our Wild Wonderful World. 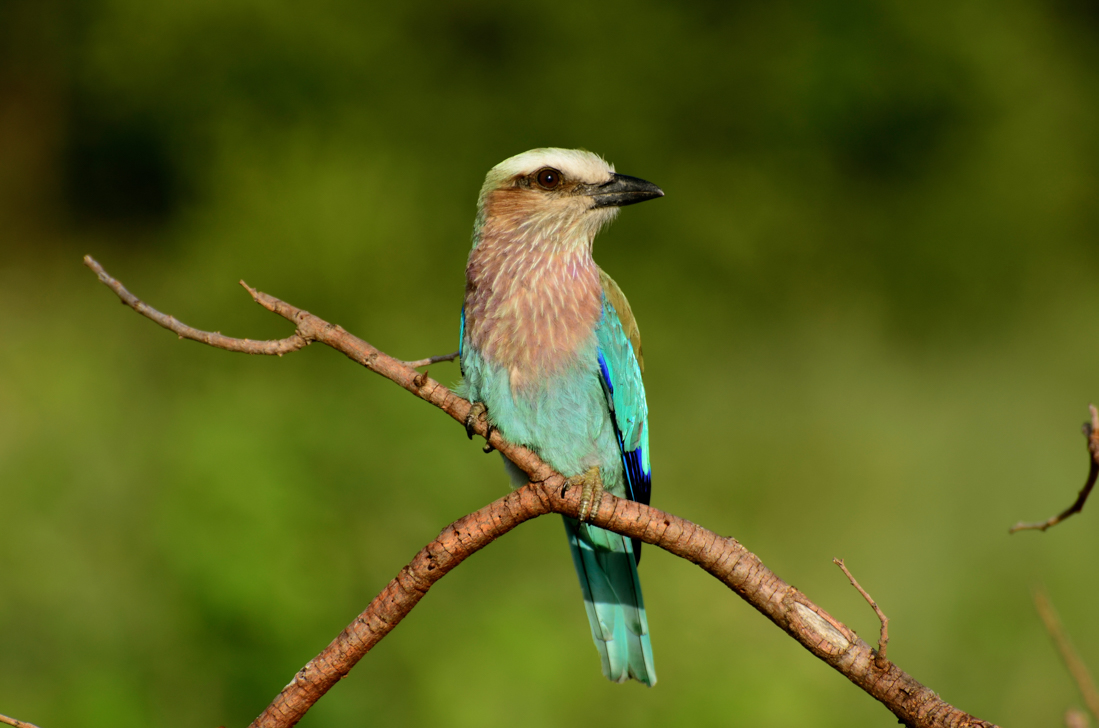 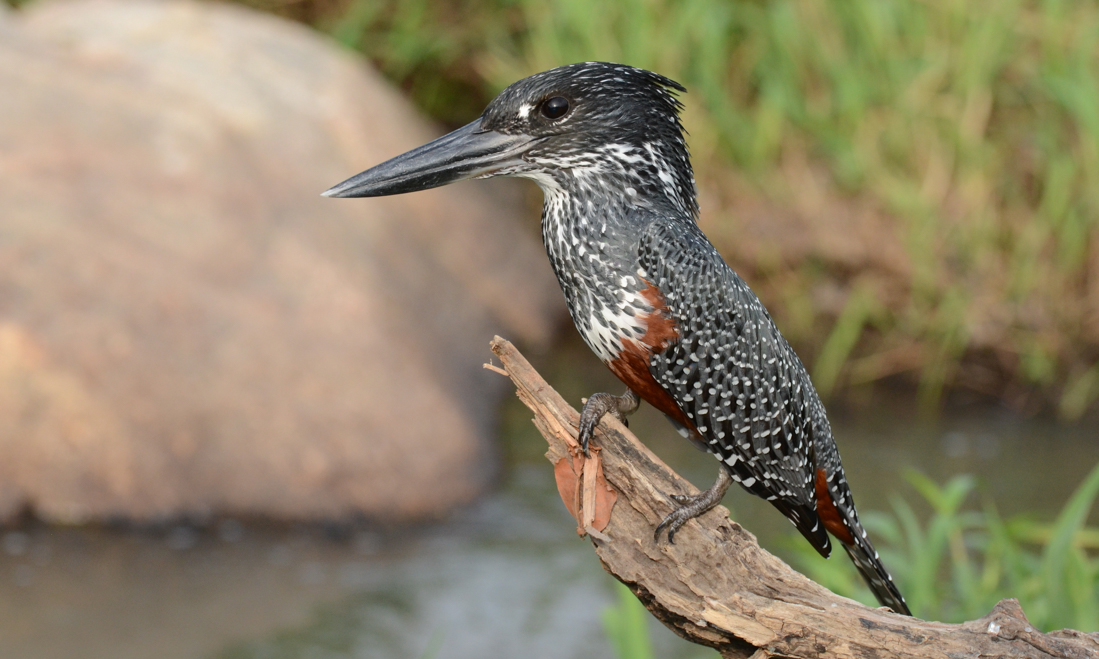 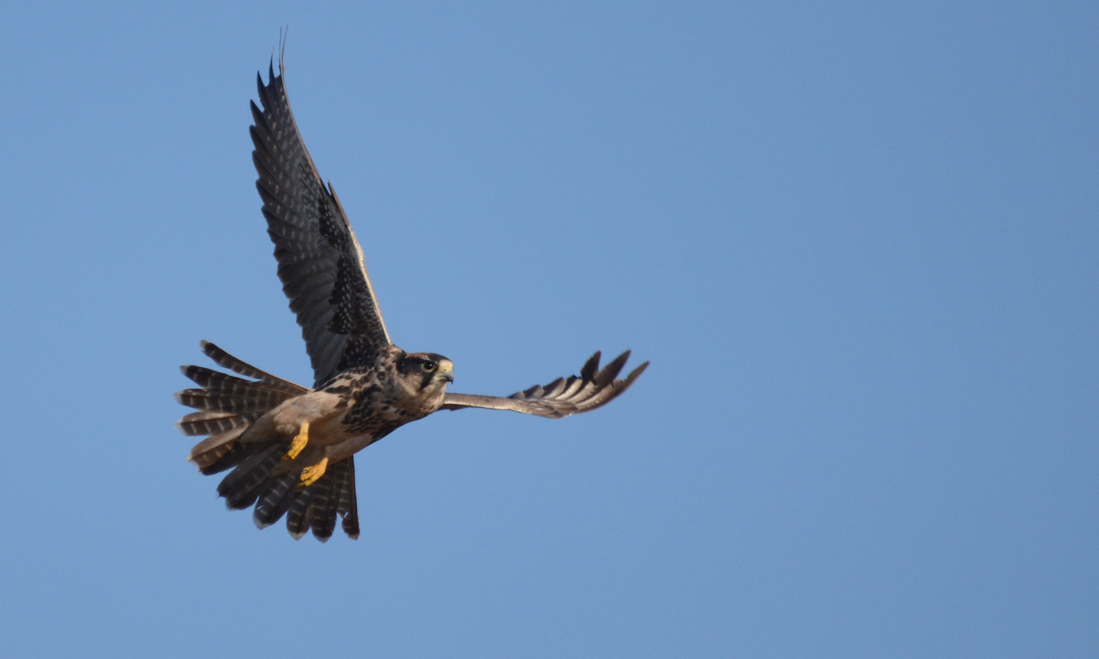 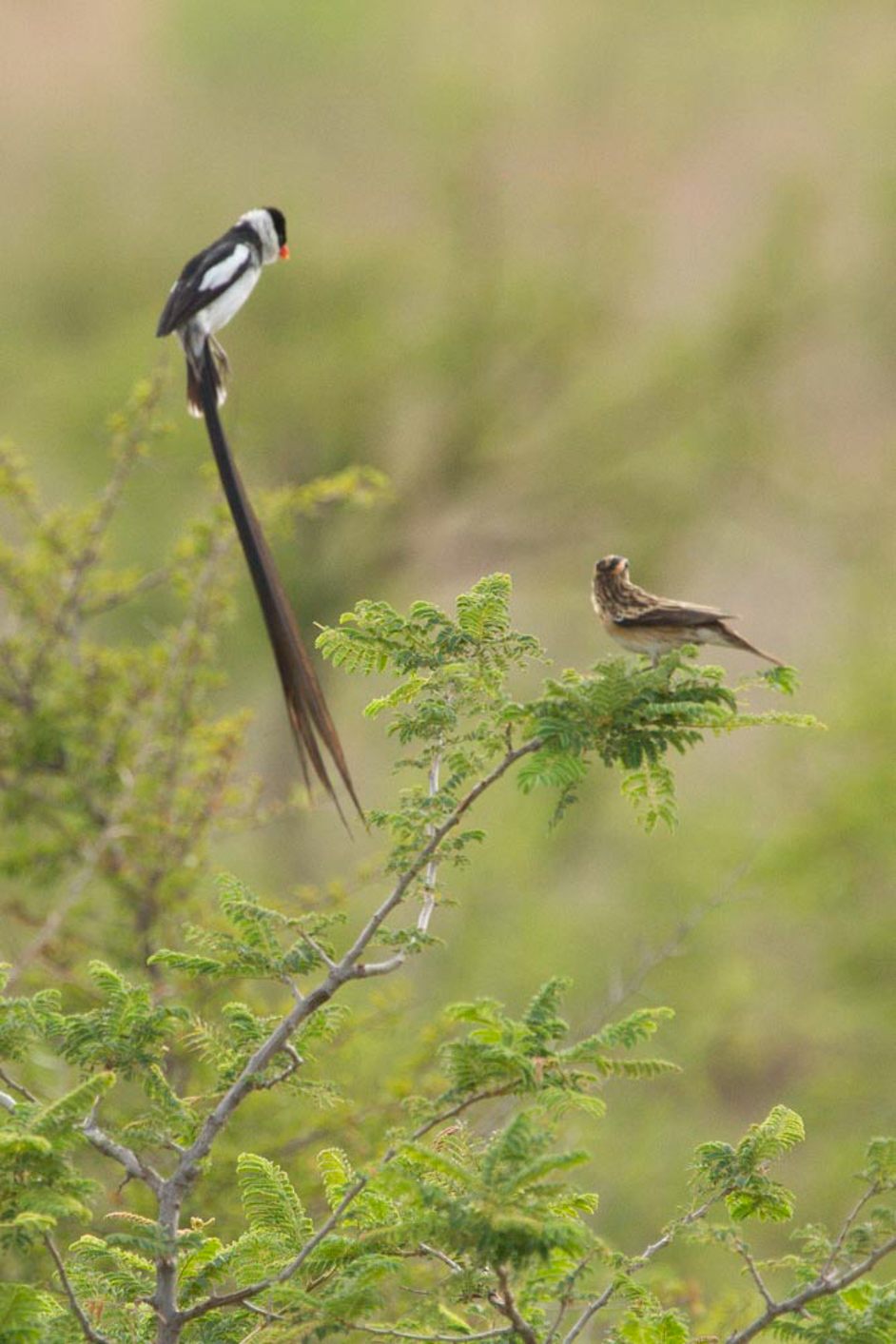 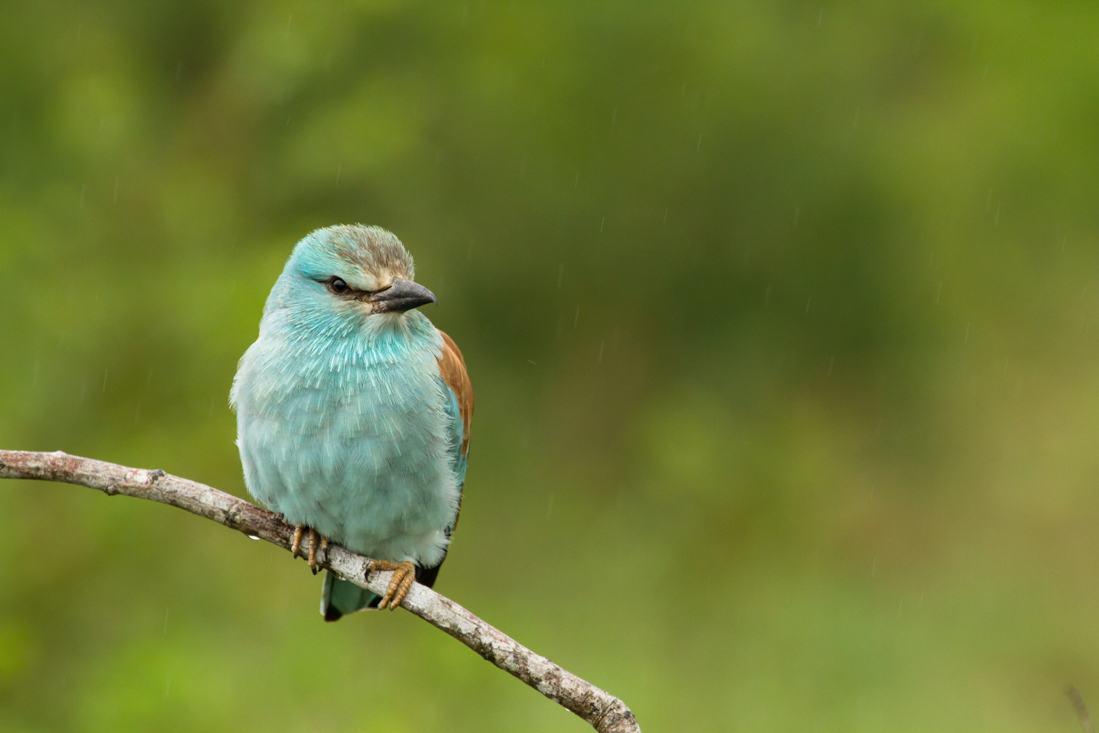 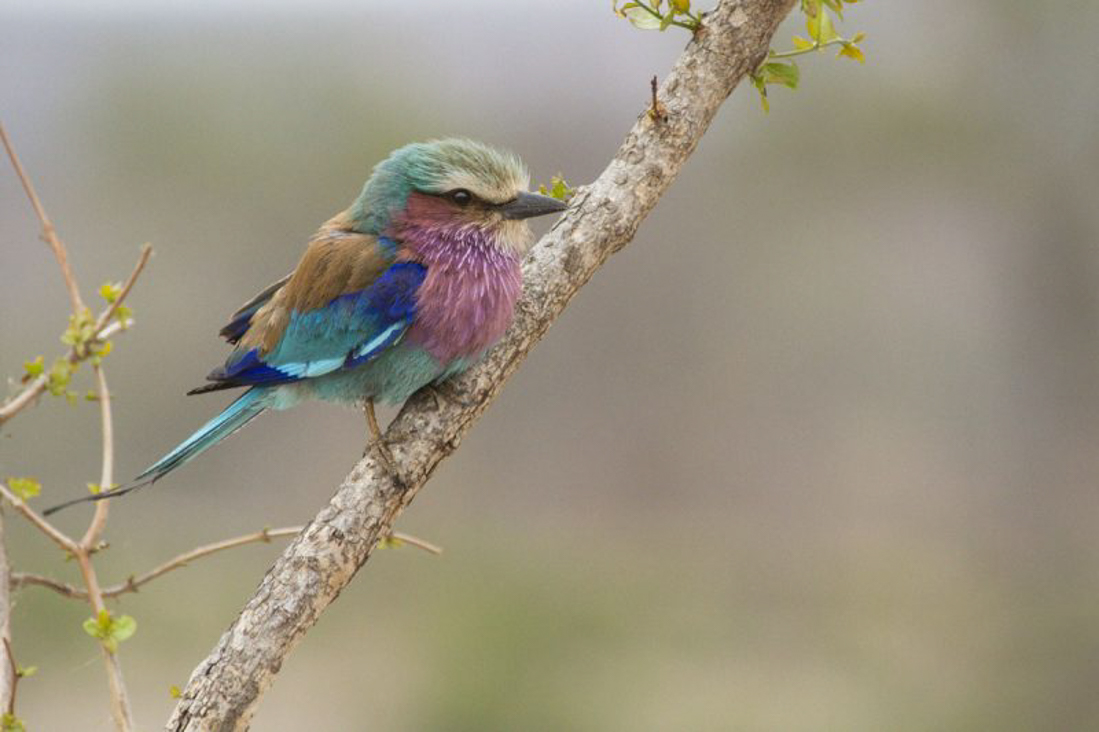 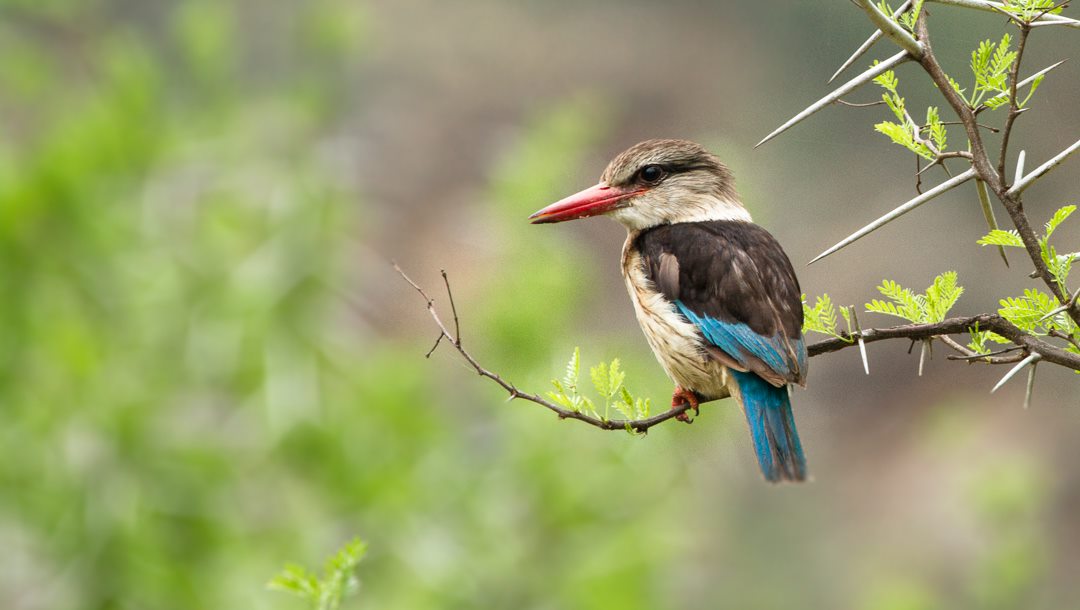