Vultures are rapidly becoming extinct – why so and what does their loss mean to our environment and economy?

Most of us grew up with Disney’s’ Lion King, a film referenced to often on Safari. Disney outline the good guys; the lions, and the baddies; the hyenas and vultures. With their perceived ugliness and scavenging antics, imaged tearing apart rotting carcasses, vultures particularly are easy to dislike. Even Charles Darwin, lover of nature, disliked vultures on first sight, writing in 1832, “…these disgusting birds…formed to revel in putridity”. Non-naturalists seem take offence to vultures too – in the 2012 Kenyan Elections, for example, local graffiti artists took a stand against Kenya’s “Vulture” politicians.

Raptor specialist Munir Virani had something to say about that though. In discussing the unfairly compared vultures to Kenyan MP’s he stated that MP’s are nothing like vultures at all – MP’s do little to keep the environment clean, nor do they prevent the spread of disease, that their monogamous lifestyles are questionable and stated that they are certainly far from facing extinction!

It is a laughable matter when making such comparisons, but Virani brings up a very serious point. Vultures are endangered, and critically so. Of Africa’s 11 vulture species, six are on the verge of extinction, with some reports stating that the decline has been as much as 60% over the last 30 years. Work by scientist Darcy Ogada and her team from Africa Programs for the Peregrine Fund predict that these natural recyclers, which breed slowly and need years to mature, could be extinct in Africa in the next 50 to 100 years.

The result of their extinction would be devastating, not just from a conservation and environmental standpoint, but an economic one, too. As biological waste disposers, vultures are vital to our ecosystem. They are able to consume carcasses so putrid and rotten that they are toxic to other animals. They can achieve this because their stomach acid is exceptionally corrosive, allowing them to safely digest carcasses infected with botulinum toxin, hog cholera bacteria, and anthrax bacteria, thus stemming the spread of disease.

Vultures have bare heads and often bare necks so that when they feed on rotting carcasses, bacteria and other parasites cannot burrow into their feathers to cause infections.

Why are so many vultures now in danger of extinction? There are multiple reasons, and such reasons vary from region, to country even to continent. Here in Africa, Ogada revealed that poisoning from eating pesticide-laced carcasses caused as many as 60 percent of the vulture deaths recorded since the 1970s. This alone is a three-fold issue, and includes a combination of birds dying after eating poisoned carcasses intended for lions and predators who hunt domestic livestock; from direct poisoning by farmers who believe the (false) myth that vultures prey on healthy livestock; and third due to deliberate targeting by poachers. The presence of vultures, perched or circling, act as a beacon to alert authorities to illegally poached animals – poachers therefore lace carcasses with poison, killing the vultures and preventing them from being spotted. Other key causes for the drop in vulture population size include the demand for vulture body parts for use in witchcraft & traditional medicine (ground vulture skull “apparantly” gives you magic powers and due their exceptional eye sight, their bodies parts also “apparently” let you see into the future); urbanisation, loss of habitat & breeding areas, high numbers getting electrocuted by power lines and many more getting crushed by wind turbines, numbers of which are rapidly growing in the African region.

In his book “What has Nature ever done for us?”, Tony Juniper attempts to calculates the economic & financial value on natures services. He included vultures in this assessment and surveyed the effects of the 99.9% loss of vultures in India. He calculated that the loss of vultures, inadvertently killed off by anti-inflammatory drug called Diclofenac given to cattle and buffalo, cost the Indian economy a whopping USD34bn in healthcare alone. With no vultures to clean up, there was a build up of carcasses (which take 3/4 times longer to decompose without vultures) which posed significant risks to the population as the carcasses harboured diseases such as anthrax, and also contaminated nearby water sources. The other side effect was an explosion in the population of feral dogs. A dangerous spike in rabies resulted, leading to a huge increase in dog bites & rabies deaths in humans rose dramatically.

With such extreme side effects resulting from direct loss of vultures, the India case was an important wake up call to the importance of vultures in our ecosystems. With the sheer scale of population declines in vultures across the world, immediate action must be taken by conservationists, law makers and governments to save these creatures. The more we know about them, the more vultures and the services that they provide can be appreciated. Even Darwin had a change in heart, and was later quoted “These vultures certainly are gregarious; for they seem to have pleasure in each others society…on a fine day, a flock may often be seen at a great height; each bird wheeling round and round in the most graceful evolutions.” – Charles Darwin, 1841. 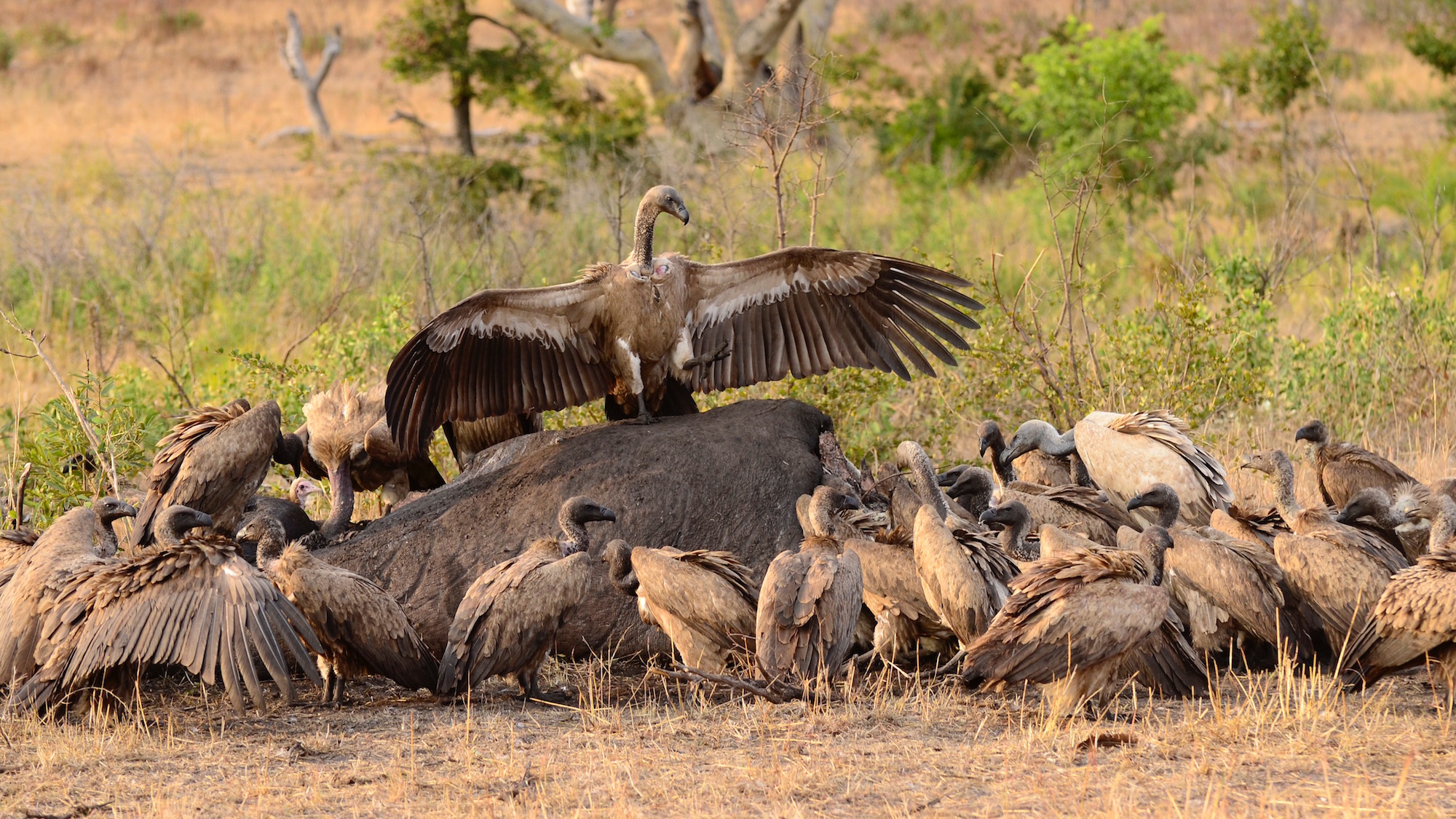